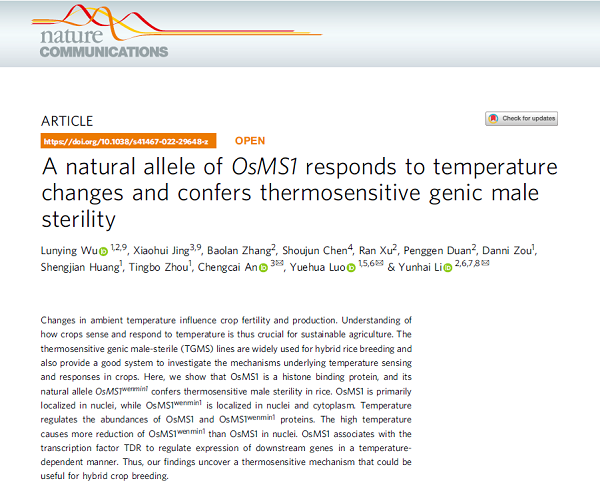 Since 2009, the research group led by Professor Luo Yuehua of HNU has been working with Peking University and other academic institutions to conduct research on the molecular mechanism of thermosensitive male sterility.

Wu Lunying finally cloned the wenmin1 gene by using the map-based cloning method after more than 10 years of research. 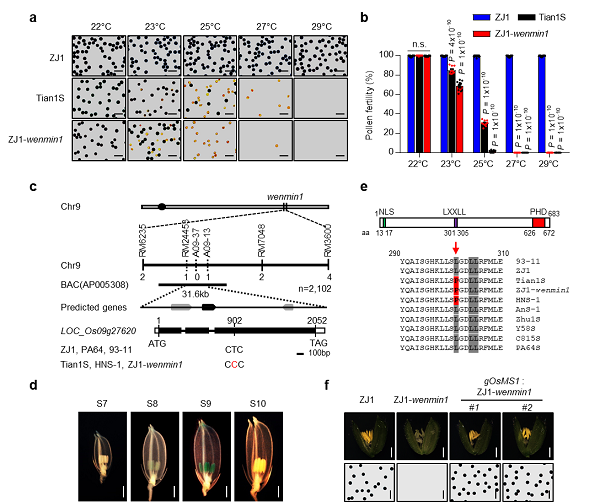 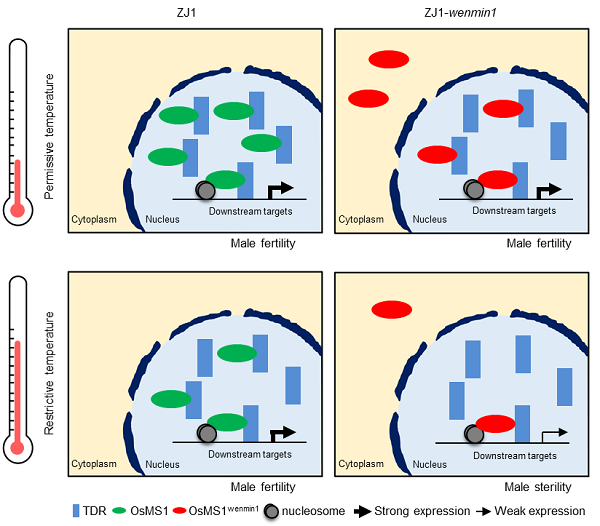 The mode of regulating patterns of pollen development.

This study has great significance in further clarifying the molecular mechanism of temperature-regulated rice fertility conversion, guiding the breeding of two-line hybrid rice, and even creating new thermosensitive sterile lines in other crops.

HNU student Wu Lunying and Peking University student Jing Xiaohui are the co-authors of the paper. The research was supported by funds from the National Natural Science Foundation and the key R&D project of Hainan province.