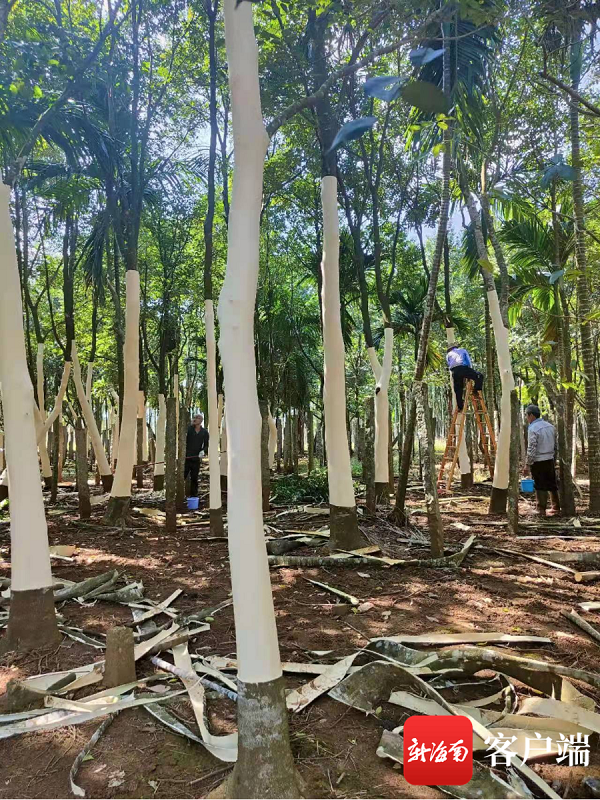 Wan's technology is applied to boost the development of the aloe industry. [Photo/hinews.cn]

Wan Yinglang, a professor at the College of Tropical Crops at Hainan University who has been focusing on plant physiology, has developed a new technology that allows aloe trees to continue growing even after they are used to produce incense.

Traditionally, the sustainable development of the aloe industry in Hainan has been restricted due to traditional incense production technology that would cause damage to aloe trees and hinder their ability to continue growing.

Wan said that his new technology for producing incense involves peeling off the aloe tree's bark ring and brushing it with a green, non-toxic protective adhesive layer to keep the tree alive. A year later, the inner cortex of the tree will begin to produce incense.

In contrast to the traditional way of making incense, this will create considerable economic benefits over time for people who sell incense. A single aloe tree can generate 3,600 yuan ($570) in economic benefits a year, while the annual output value of one mu (0.07 hectare) of land can reach about 72,000 yuan.

At present, this technology is being promoted and applied to boost the development of the aloe industry.