The Global Times is an English-language newspaper under the People's Daily based in Beijing.

Gao's article proposes the "Better Discharge Initiative" which calls for countries in the region to come together and help draft emergency and prevention plans, as well as to take responsibility for data exchange, environmental impact assessments, and the development of scientific standards.

Gao was also invited by the Shanghai Institute of International Organizations and Global Governance to deliver a report on the initiative. 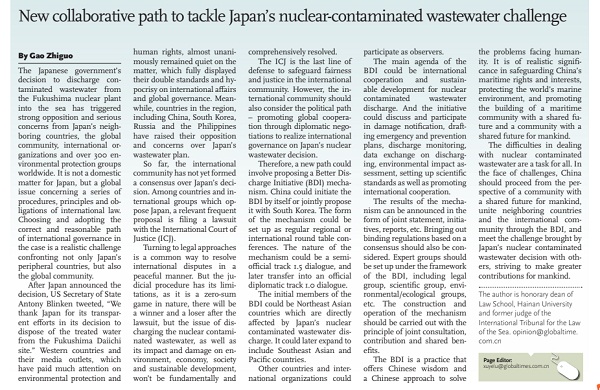 Gao Zhiguo's article is published in the Global Times on April 30.