A symposium was hosted by the China Society of Economic Reform and Hainan University on March 28 for academic exchanges on digital society, economy and civilization.

Global data have demonstrated the characteristics of explosive growth and massive accumulation, exerting a significant impact on economic development, social governance, national management and people's lives. Countries around the world regard economic digitalization as an important driving force for innovative development, and the digital transformation of the world economy has become an irresistible trend, said Zhao Ai, executive vice president and secretary general of China Society of Economic Reform. 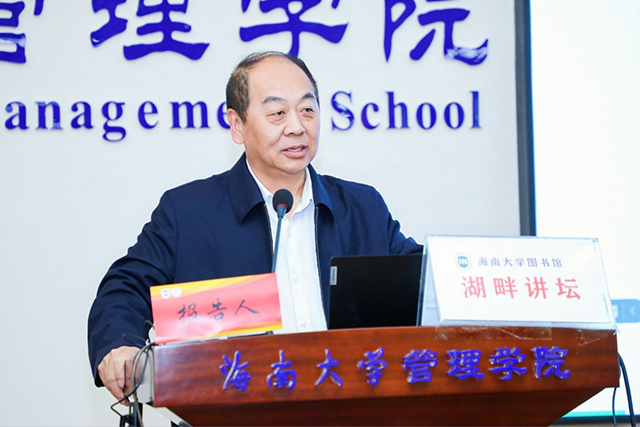 Zhao Ai, executive vice president and secretary general of the China Society of Economic Reform, speaks at an academic conference on digital society, economy and civilization.

Li Xingliang, vice chairman of the Hainan Federation of Social Science Circles pointed out that digital society, economy and civilization depict the future development of human beings and indicate the coming of the post-industrial era and civilization. Research should be carried out in-depth to support the digital development of Hainan Free Trade Port and the whole country.

After giving an overview of the relative research progress, Fu Guohua, vice president of HNU, added that China should give full play to its own advantages, and take the leading role in the construction of the digital society in the new era of digital civilization.