A symposium was held at Hainan University on Feb 6 to advance the cause of green development in Hainan province within the framework of realizing carbon neutrality.

Carbon neutrality refers to a state in which the net amount of carbon dioxide or other carbon compounds emitted into the atmosphere is balanced by actions to reduce or offset these emissions. It is a key task for the transformation of the economic structure and the formation of a new development pattern in China. 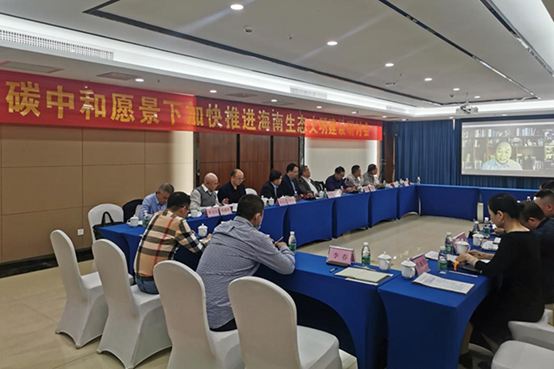 A symposium is held at HNU on Feb 6 to advance the cause of green development in Hainan province against the backdrop of realizing carbon neutrality.

Endowed with a sound ecological foundation, Hainan is a good candidate to lead the country in carbon neutrality and generate experiences that can be replicated and promoted elsewhere, according to the conference.

Experts and scholars from the China Society of Economic Reform, China Energy Conservation Association, Hainan Development and Reform Commission and HNU had a roundtable dialogue on urgent problems that must be solved before Hainan can realize carbon neutrality.