Ahmad graduated with a master's degree from the National Institute for Biotechnology and Genetic Engineering of Pakistan in 2014. He furthered his study in biomedical engineering at Northwestern Polytechnical University after obtaining a Chinese Government Scholarship in 2016.

Hainan province's plans and vision for international talents were mentioned to Ahmad by his doctoral supervisor. Attracted by a number of Hainan's preferential policies, he chose HNU for the second stage of his studies in China in 2020. 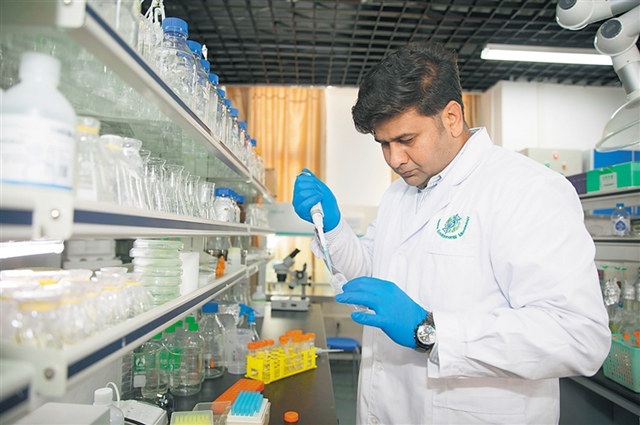 According to Ahmad, he could feel the attention and support of both Hainan and HNU for scientific research during his conversation with his current team leader. He is full of confidence in Hainan's development due to its abundant natural resources and the burgeoning FTP construction.

During the upcoming Spring Festival, Ahmad plans to stay in Hainan, go camping and have barbecues, and give out red envelopes to his family members in line with Chinese tradition.