Nakamura noted that there were no high-brightness blue and green LEDs in the solid-state display and lighting sectors in the 1970s and 1980s due to a lack of suitable materials. People believed that it was unlikely for group III nitride alloys to be used for blue and green LEDs until a series of technological breakthroughs in the 1990s. 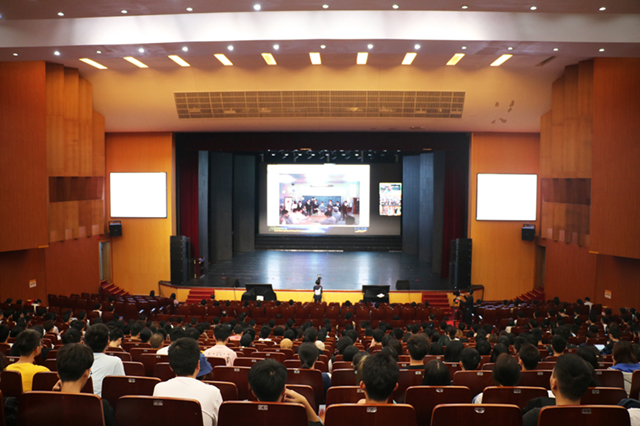 Shuji Nakamura, winner of the 2014 Nobel Prize in Physics, delivers an online speech titled Invention of Blue LEDs and Future Solid-State Lighting at HNU on Nov 10.

In 1993, the first high-brightness blue LED was invented and put into commercial production. Currently, LEDs made of group III nitride alloy has become the most widely used light source, said Nakamura. He added that he believes that blue-violet laser will become a new trend of the lighting sector in the future.

The lecture was broadcast live on TikTok, Bilibili, and KouShare simultaneously. It attracted scholars from all over the world, as well as more than 1,000 HNU teachers and students.