Ada Yonath, winner of the 2009 Nobel Prize in Chemistry, gave an online lecture on the next generation of environmentally-friendly antibiotics at Hainan University (HNU) on Sept 30.

According to Yonath, many antibiotics choose ribosome as their target as it is a general cellular structure that translates the genetic code into proteins. By studying the complex structure of the eubacterial ribosome and the common antibiotics that paralyze it, people can understand the pathways of inhibition, synergy, differentiation, and drug resistance between them. 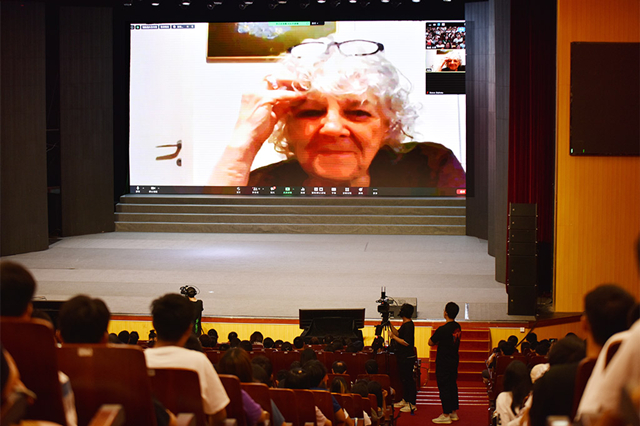 Ada Yonath, winner of 2009 Nobel Prize in Chemistry, gives an online lecture on next-generation environmentally-friendly antibiotics at HNU on Sept 30.

The distinctive difference of ribosome in multidrug-resistant pathogens and harmless bacteria can be used for the R&D of the next-generation of disease-specific antibiotics, so that the microorganisms can be preserved and degraded for environmental protection, she added.

The lecture attracted scholars from all over the world as well as more than 1,000 HNU teachers and students. Another five lectures by three Nobel Prize winners and two world-renowned scholars are also set to be held.