A delegation led by Zheng Zhiming, a member of the Chinese Academy of Sciences (CAS), visited Hainan University (HNU) on June 8 for in-depth exchanges on blockchain technology and the establishment of an academician workstation.

Yang Canming, president of Zhongnan University of Economics and Law and Cao Yueyun, professor of the Naval University of Engineering took part in the tour, as did Han Husheng, president of the Educational Equipment Committee of the China Education Association for International Exchange, and the committee's Vice President Zhu Yurong and Secretary-General Wang Ling. 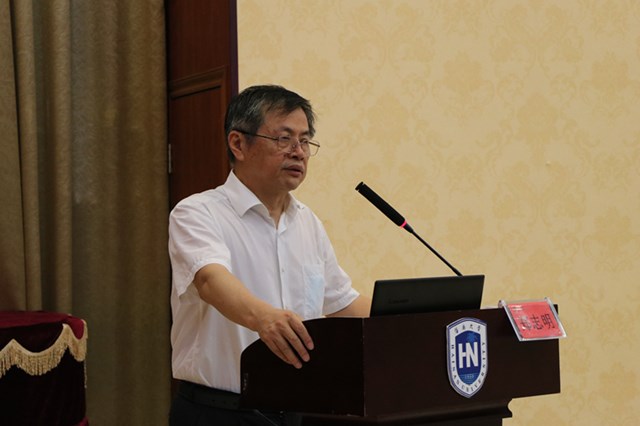 Zheng Zhiming, a member of Chinese Academy of Sciences, delivers an academic report on the development, status quo and framework of blockchains at HNU on June 8.

Zheng gave a detailed introduction to the development, status quo and framework of blockchains in his academic report. He called for increased efforts to break the bottleneck in core blockchain technology and to push forward independent innovation in the sector.