Hainan University (HNU) was named an Advanced Collective of Hainan Province in Fighting against Poverty Alleviation in 2019.

The year 2020 is crucial for China to lift all residents out of poverty and build a moderately well-off society in all respects. To further bolster public enthusiasm, the Hainan Provincial Party Committee and Hainan Provincial People's Government recently recognized 100 collectives and 300 individuals for their poverty relief efforts in 2019. 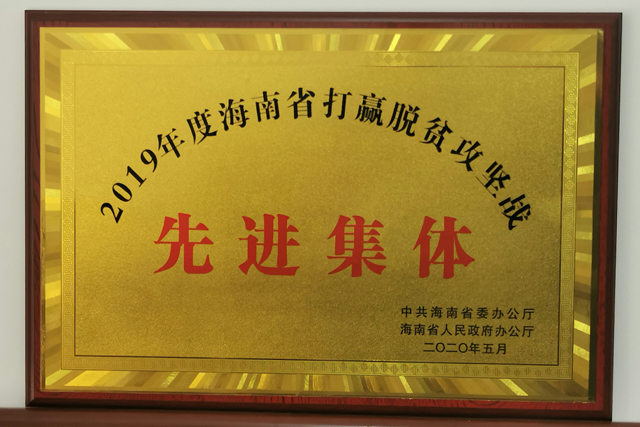 HNU is granted the title of Advanced Collective of Hainan Province in Fighting against Poverty Alleviation in 2019.

HNU has now established a poverty alleviation mechanism base on education, guided by science and technology, bonded by healthcare, as well as supported by social consumption. It has helped lift Dongfang's Lemei village and Lingao's Guangji village out of poverty ahead of schedule. The annual per capital net income of Lemei households increased from 2,836 yuan ($399) in 2015 to 9,888 yuan in 2019, while that of Guangji households grew from 4,680 yuan in 2018 to 5,278 yuan in 2019. The rate of road hardening, toilet renovation, landscaping, and social insurance coverage in the two villages all exceed 95 percent. 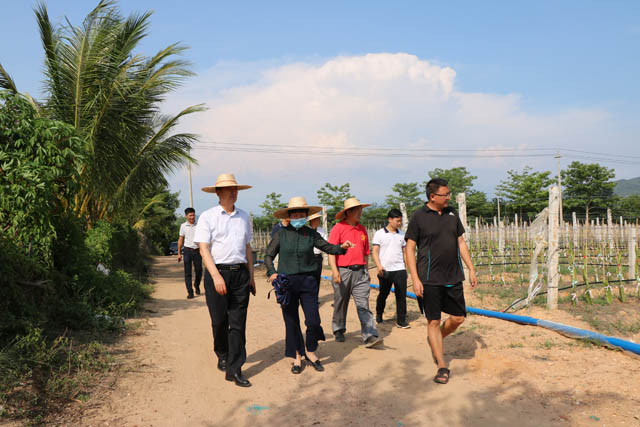 In addition, 23 high school graduates from Lemei and Guangji have been enrolled at universities. The efforts of the university has been selected as a National Typical Case of Poverty Alleviation through Education and reported on by media outlets more than 30 times. In addition, provincial TV stations have invited HNU to share its experiences in poverty relief multiple times.