The 2019 National Science and Technology Award Conference was held in Beijing on Jan 10 and Hainan University (HNU) professor Song Xiqiang was announced as a second prize winner.

The project that earned Song the honor focuses on key technologies in orchid conservation, as well as seed innovation and industrialization with Chinese characteristics. The accomplishments were made by Song and Lan Siren, a professor from Fujian Agriculture and Forestry University.

It features two major breakthroughs and four innovations, effectively breaking down major technical bottlenecks in the development of orchid conservation and industrialization, promoting research in these areas in China and enhancing the international competitiveness of China's orchid industry. 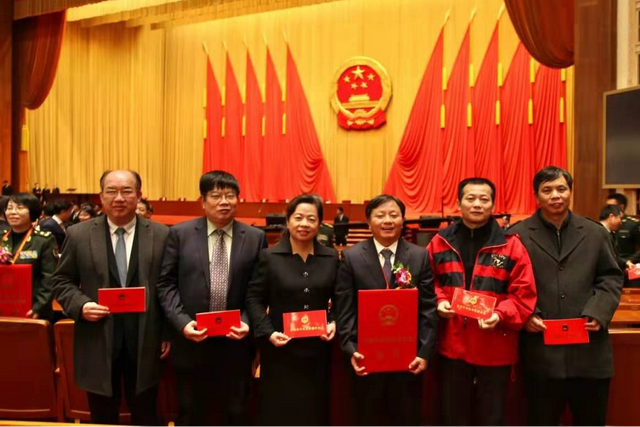 Members of Song's research team pose for a photo at the 2019 National Science and Technology Award Conference in Beijing.