Hainan Univeristy (HNU) and Tianjin University (TJU) signed a cooperation agreement on Dec 26 at TJU and the two schools will work together in terms of discipline construction, talent training, and research platforms building. They will also collaborate on strengthening international exchanges and cooperation, as well as social services.

Since the two universities inked a support agreement in 2009, the two sides have witnessed the rapid development of HNU, said Jin.

In 2018, the Ministry of Education and the People's Government of Hainan Province signed a cooperation agreement on HNU construction. TJU then shifted its role from supporter to a partner and forged deep bonds through cooperative work, the TJU president added.

He expressed hope that the two parties could further strengthen their cooperation, roll out precise policies, work together to help HNU create world-class disciplines, and achieve common development of the two universities.

Luo expressed hope that the two universities will work together to bolster their cooperative relationship, which will help HNU build world-class disciplines. 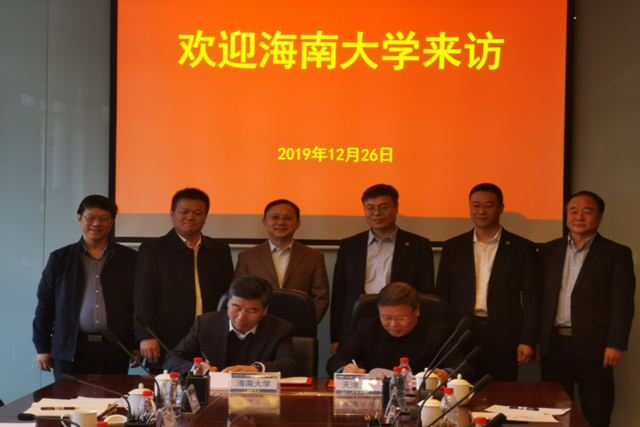