Hainan University (HNU) will jointly establish a biomedicine institute with Haikou People's Hospital to aid the upgrading and innovative development of the healthcare industry in the island province.

According to the agreement, HNU and Haikou People's Hospital will adhere to the goal of improving the level of biomedical technology, as well as serving the development of the medical and healthcare industry, exploring the establishment of effective cooperation mechanisms to promote resource sharing and collaborative innovation.

Luo introduced the construction of the three key discipline groups in HNU and the future development direction of the disciplines.

Hainan University should integrate the development needs of Hainan, make full use of its advantages, combine marine resource development with biomedical research, as well as deepen cooperation and exchanges with Haikou People's Hospital to make further contributions to Hainan's development, said Luo.

Yang noted that the establishment of the institute will mark another milestone for the hospital's development after it became an affiliated hospital of Central South University Xiangya School of Medicine in 2003.

He added that the hospital will strengthen cooperation with HNU and give a boost to Hainan's healthcare industry development together. 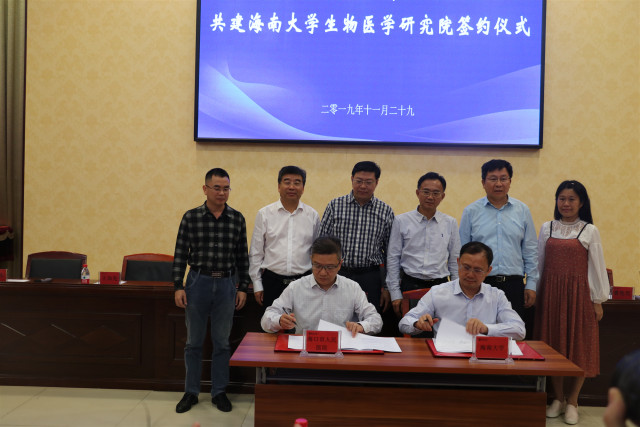 The signing ceremony is held on Nov 29.