Li Huajun, a member of the Chinese Academy of Engineering and vice president of Ocean University of China, paid a visit to Hainan University on Nov 20 to deliver an academic report on the urgent needs and development opportunities of marine engineering technology. 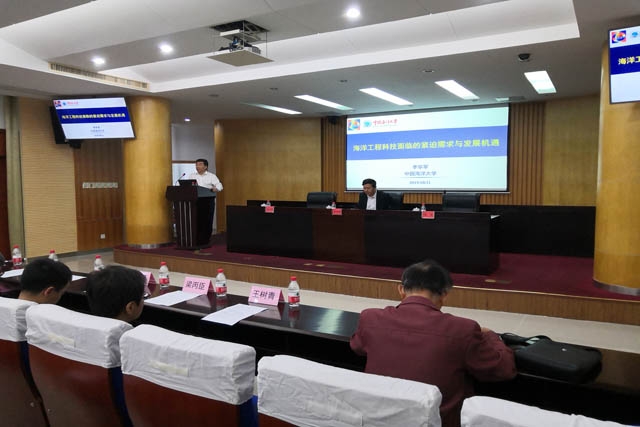 Li Huajun delivers a speech on marine engineering technology at HNU on Nov 20.

The ocean is a huge treasure trove of energy. It is rich in oil and gas, natural gas, as well as mineral resources, which will become a focus of human's sustainable development, according to Li. When answering questions from teachers and students, he elaborated on the difficulties facing marine exploitation.

After the report meeting, the academician also exchanged insights with the tropical ocean electromechanical equipment team from HNU's Mechanical and Electrical Engineering College on topics like the establishment of an academician innovation platform and all-round cooperation in the future.

As one of China's most renowned marine and coastal engineering experts, Li has long been engaged in the theoretical research and technological development of marine and coastal engineering safety and disaster prevention. Focusing on the major national needs for marine resources development, Li has made outstanding contributions in the design and construction of new marine structures and the safe operation of these projects. He has won two second prizes of the National Science and Technology Progress Award, as well as published more than 200 papers in academic journals at home and abroad.