Zhao Xiaochen, a music teacher of Hainan University born in the 1980s, has incorporated Hainan's history and culture into his works, which range from graceful piano pieces to passionate musicals and magnificent symphonies.

Zhao is a composition PhD of Shanghai Conservatory of Music. He came to the island province in 2015 and was captivated by it. According to Zhao, Hainan may not be as prosperous as Shanghai and Tianjin. However, its unique cultural allure is a great blessing for art creators. 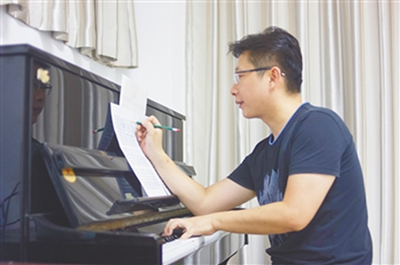 Since ancient times, hordes of people from different regions and nationalities migrated to Hainan, which resulted in an inclusive and diversified artistic culture in the area. Hainan Opera, Yazhou Folk Songs, Danzhou Tunes, as well as music of the Miao and Li people each have their own characteristics, while still being a part of Hainan's musical heritage.

As all the original music forms are relatively simple and unpolished, they thus do not cater to modern tastes. Composers are urged to refine, reshape, and inject new vitalities to them, relying on their professional skills.

'Long Time No See, Long Time See,' a folk song of the Li ethnic group, was transformed by Zhao into a 10-minute piano piece with five variation themes. He also held a concert of ten piano pieces with Hainan styles in the music hall of Hainan University, with each piece highlighting the features of music from one specific area, ethnic group or form.

The concert was a big hit and the aisles of the music hall were even stacked with people. Most audience members hadn't expected Hainan folk songs to sound so trendy.

The modern music world is a hodgepodge. It will be a pity if Hainan folk songs are pushed out of the public's view one day. Artists should devote themselves to keeping the ancient treasure alive and making more people understand the spirit of Hainan through music, said Zhao. 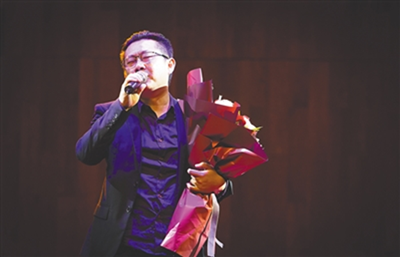