Wu Yaoting, Party secretary of HNU, Hu Xinwen, vice president of HNU, and Zhang Chao, head of the International Cooperation and Exchange Division of the Education Department of Hainan Province, received the delegation.

VCU is an American public university with a history of 181 years. It offers more than 200 programs and is specialized in disciplines such as applied health, art, medicine, and engineering, according to Michael Rao, president of VCU. 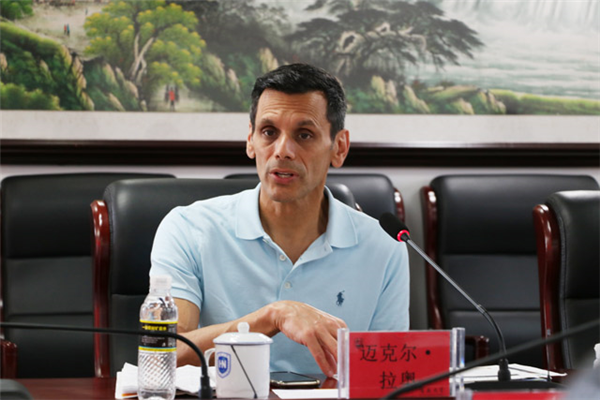 VCU President Michael Rao delivers a speech at the meeting.

He was impressed by HNU's educational philosophy, noting that VCU is very interested in HNU's business management and deep-sea resource exploitation disciplines. He said that he was personally glad that this trip helped him acquire a better understanding of the long-standing Chinese culture.

Wu gave a rundown of HNU to the delegation, especially on the Guanlan Lake Campus, which is under construction. The campus will focus on joint educational programs with other international universities and can provide education for at least 1,000 international students along with Haidian and Chengxi campuses.

A cooperation agreement was signed between two universities later at the meeting. 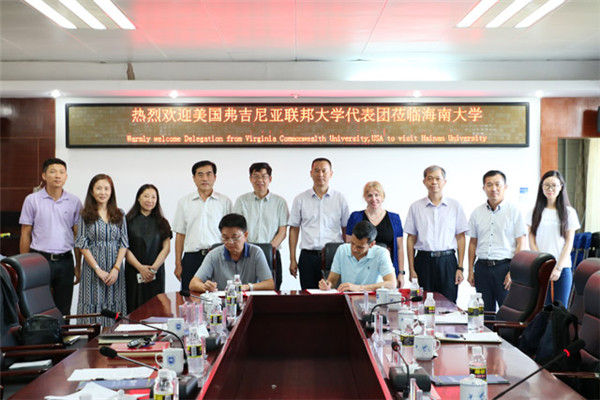 A cooperation agreement is signed between HNU and VCU on July 5 at Hainan University. 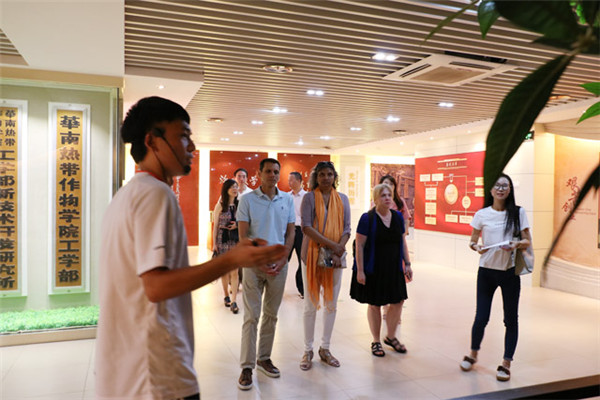 The VCU delegation visits the History Museum of HNU. 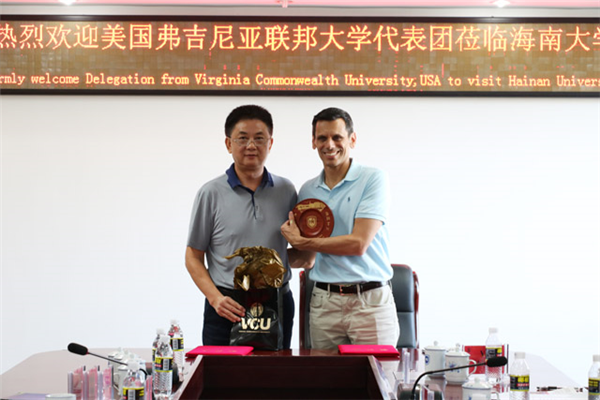