Hainan University is a comprehensive key university formed by a merger with the former South China University of Tropical Agriculture in August 2007. It is jointly administered by the Ministry of Education and the Hainan Provincial People's Government.

The university has made great achievements by adhering to the motto of "openness and inclusiveness" and the spirit of "self-improvement, dedication, kindness and perseverance". In December 2008, it was approved by the state as a key university under the 211 Project. In 2012, it was included in the Plan of Strengthening Higher Education in Middle and Western China and was successively supported by the National Basic Ability Construction Project of Western and Central China and the National Comprehensive Strength Enhancement Project of Western and Central China. In 2017, HNU was listed in the national plan for establishing world-class disciplines. In 2018, the Hainan provincial Party Committee and provincial government made a strategic decision to fully sponsor the development of Hainan University. Also in that year, the university came under the joint administration of the Ministry of Education and the Hainan Provincial People's Government, and was included among universities directly administered by the Ministry of Education. 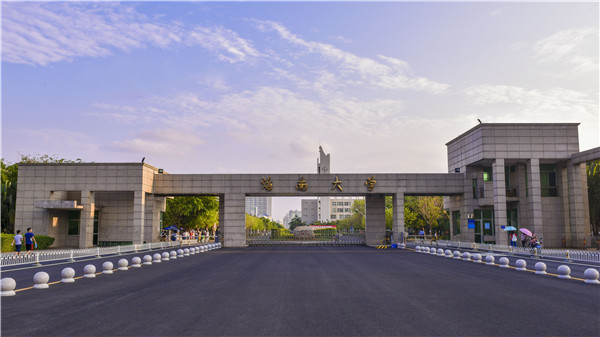 The former South China University of Tropical Agriculture, founded in 1958, and the Chinese Academy of Tropical Agricultural Sciences, founded in 1954, were known as "twin stars" in tropical agricultural science and education in China. Through arduous efforts, these two institutions have made China the only country in the world that has realized sizable plantation of rubber in the range of 18° N-24° N, and the fifth largest rubber producer in the world. The university has hence established a leading position in the academic field of rubber and tropical agriculture, and has garnered more than 900 scientific and educational achievements, including the first prize of national invention award, the first prize of national science and technology progress award, and the second prize of national teaching outcome award. It has contributed significantly to the development of national defense and local economies.

Hainan University was first established in a wasteland in 1983. Before the 2007 merger, it had the largest academic system in the province with extensive influence as a provincial comprehensive key university. Hu Yaobang, former General Secretary of the CPC Central Committee, inscribed the name of the university. In 2005 its undergraduate teaching programs were rated exceptional by the Ministry of Education, and the university was approved as a national cultural quality education base. Since then, HNU has further enhanced its educational quality and research capacity and improved its overall management. It continues to contribute to economic and social development in Hainan. 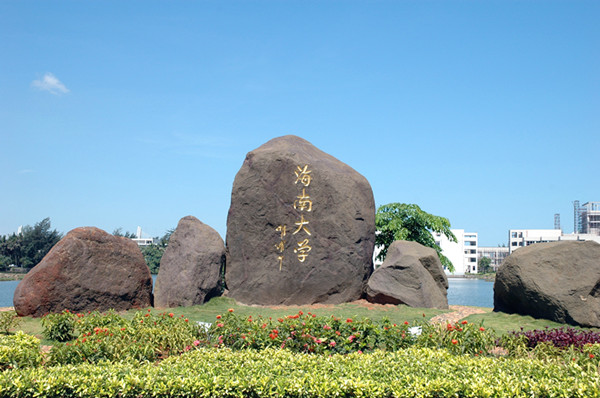 Since its founding, HNU has hosted visits by generations of state leaders, from the founding members such as Zhou Enlai, Zhu De, Dong Biwu, Ye Jianying, Deng Xiaoping, Hu Yaobang, and Wang Zhen to their successors such as Jiang Zemin, Hu Jintao, Li Peng, Zhu Rongji, Wen Jiabao, Jia Qinglin, Zeng Qinghong, Li Lanqing, Wei Jianxing, and Liu Yandong. All provincial Party Committee and government leaders have shown great care and support for its development. It has also received donations from the public, including Chinese overseas which have assisted with construction of office and teaching buildings, libraries, academic centers, stadiums, student activity centers and other aspects of campus construction. Scholarships and grants set up with the contributions have also facilitated the university's development.

For the past six decades, HNU has optimized its overall management and campus construction. Four campuses, namely Haidian, Danzhou, Chengxi and Guanlan Lake (currently under construction), have been established. It is now a national key university and a comprehensive institution with extensive influence on regional economic and social development. Of all the universities and colleges in Hainan, HNU offers the largest calendar for undergraduate and post-graduate (including doctoral) studies.

Hainan University's 31 schools now host over 38,000 full-time students, including over 33,000 undergraduates, 4,300 master's students, 300 doctoral students, and 400 international students. Its full-time faculty members number more than 2,000, and include 1,200 teachers with senior professional titles and 860 teachers with doctoral degrees. HNU has been joined by high-level talents such as jointly-appointed academicians, Changjiang Scholars, outstanding youth, and leading talents of the Ten Thousand Talents Program. 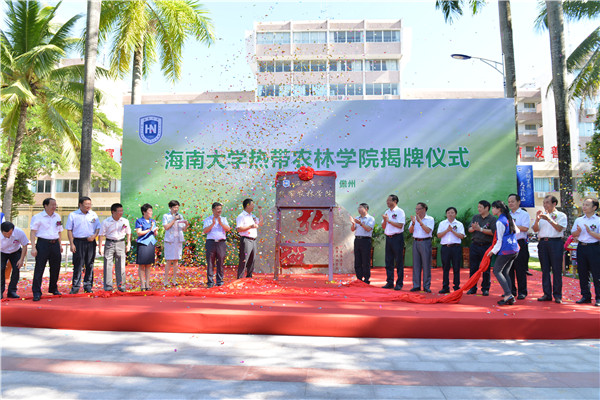 The university adopts a strategy of openness in education and has established all-round, multi-level and extensive exchanges and cooperation. It has cooperated with 170 overseas universities, international research institutes and university alliances from 35 countries and regions. In recognition of this, HNU was selected by the Ministry of Education as a member of the second group of demonstration bases for studying in China, with a complete higher-education system from bachelor's to doctoral degrees for international students. In 2017, in collaboration with Arizona State University, the university established the HNU-ASU Joint International Tourism College.

Over the past decades, the university has graduated nearly 300,000 alumni, who now play management and technical roles in major industries at home and abroad.

As the province is to deepen reform and opening up in an all-round way and implement the strategy of developing the Hainan Pilot Free Trade Zone and Free Trade Port with Chinese Characteristics, HNU embraces new opportunities. Seated at the forefront of the South China Sea, it is the only double-first-class university in Hainan Province and in China's tropical region and is uniquely jointly administered by the Ministry of Education and the provincial government.

HNU is dedicated to serving national strategies and adhering to the overall principle of providing featured academic support, offering quality education resources, and promoting opening-up and innovation. It will make every effort to realize the mission of the new era by continuing to serve as a first-class comprehensive research-oriented university with distinctive features and an international reputation. HNU is determined to participate in the construction of a beautiful new Hainan, and to contribute significantly to realizing the Chinese dream of great rejuvenation.

(Data from university infrastructure construction reports as of March 2019)